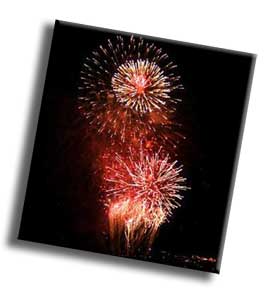 Throughout the West, years are dated pre and post Jesus Christ's birth. e.g.1993 a.d. means 1,993 years after Jesus Christ's birth. Time perception follows a straight line adopting the concept of a past and future point in time. In China, on the other hand, time was traditionally perceived as being cyclical in twelve yearly intervals. This is reflected by the Chinese tradition of giving each cycle an animal name which is why the animal sign appears every 12 years. For example 1977 is the year of the snake and so is 1989 and 1965. The Chinese horoscopes have evolved around these animal signs in much the same way that the western horoscopes developed around the constellations in the stars - cancer, Gemini etc. Characteristics and behaviour patterns were assigned to each animal sign for example the snake will often be associated with money. It is also serves the function of telling a persons age if they tell you what their Chinese sign is.

So why is the rat the first year of the animal cycle and the pig last? Under Chinese mythology the animals argued over who was the head and leader of their pack. The gods settled the issue by giving all the animals the task of crossing a river. The first one across became the leader. When they crossed the Ox would have won however the ox did not know the rat had leapt on his back. Just before the Ox stepped onto the banks of the river, the rat leapt off his back and jumped onto the river bank before anyone else. The pig was the slowest and perhaps the most lazy and came last.

Every 60 years a golden status comes round. For example last year it was the Pig so those born under that sign should have experienced a little better luck. Last year was known as the Year of the Golden Pig. Korea saw a sharp rise in its birth rate as many Koreans thought it would be lucky to have a baby in that year. If you are born under a sign which attains golden status, you will either have extremely good luck and fortune throughout that year or not so good luck. To bring on good luck legend dictates you must give a present of cash or jewellery to younger friends and family. Also if it is your sign then you should wear red throughout the year of that sign to avail yourself of good fortune.

2021 is the year of the Ox. It lasts from the 12th February so those born in 2021 before that date are in fact born under the sign of the Rat. Rat years are known to bring bad luck and 2020 was no exception.