There are many simple and effective preliminary tests which include:-

A prehistoric Hornet trapped in a natural time-capsule

The magical aura of this precious resin radiates a sense of history and how modern civilisations estimated 5,000 years is but a small fraction of the age of this amber.

Currently we are lucky to house and exhibit one of Europe's largest single pieces of amber. It can now be seen at our silver jewellery shop in the Armada shopping centre, Plymouth. This amazing single piece of amber was discovered in a mining accident in Indonesia on 4th Jan 2007. 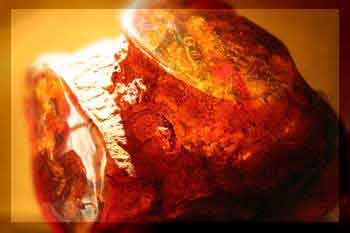 It has been cut and polished to exhibit an interior of prehistoric life trapped in the fossilized resin. It weighs nearly four kilograms and is one of the largest single pieces of amber in Europe. It is still subject to scientific analysis however preliminary results indicate it is between 50-70 million years old. It measure approximately a staggering 14 inches (355.6 millimetres) wide.


Stone of the Sun 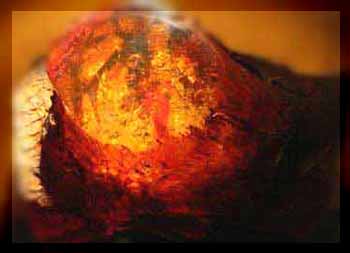 One of the startling features of this magnificent sample of amber, is its natural radiant glow under light. As many of our customers have commented it really look likes the stone of the sun. Its natural orange glow is one of the many reasons why amber lends itself so perfectly for the creation of jewellery. 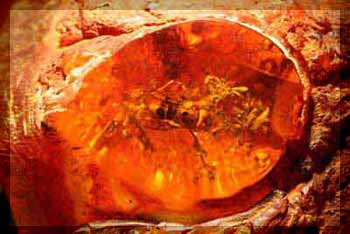 The insect is yet to be correctly identified. We await results from Bristol University however many have commented it looks like it belonged to the Hornet family.

The sticky resin that was produced by its ancient mother tree, seeped out of a wound or infection in the tree's bark. It is thought that copious amounts of that resin slid into the bark of hollow branch that may have fallen next to the foot of the tree, hence the branch like shape of this amber.

In addition to prehistoric insects, the amber also contains remnants of twigs and leafage from ancient Indonesian forestation. It is an astonishing sample and those who have seen it have stood in awe at its natural beauty.