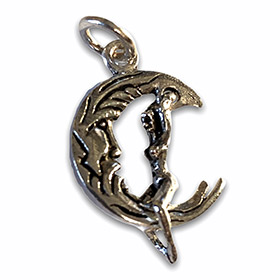 The lady freely swivels and swings from the upper section of the half-moon.

The moon itself has a highly detailed face depicting the classical 'man in the moon' so often found in various nursery rhymes. The face is inspired from various illustrations of old father time.

Ancient Turkish legend says that the moon is the sun's wife. The spots on the moon come from when the sun threw mud on the moon's face. 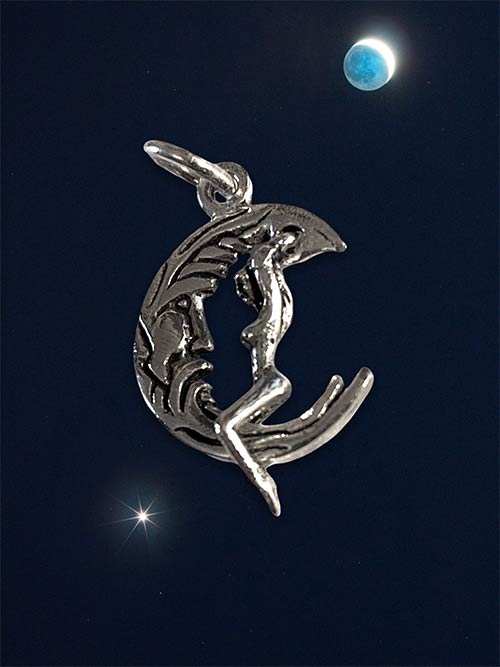 A sterling silver pendant featuring a highly detailed model of a lady swinging on a new moon. Etched into the new moon is the face of old father time.

Eilistraee - or the Dark Maiden

The pendant has some association with the fictional character "Eilistraee" or sometimes known "the dark maiden". According to mtyh she has put down her silver sword and has begun to dance on the moon.

A silver pendant which oozes style and novelty. This pendant will add a zing to any party. This detailed and free moving pendant weighs nearly 3 grams of carefully crafted sterling silver and measures approximately 15 mm by 20 mm. It can be hung from a chain or thong up to 5 mm in diameter.