The price of silver saw a one per cent rise over the six months, once again due in part to uncertain economic conditions. An extraordinary influence last quarter was created by Australian' imposition of a mines and minerals tax which dampened some market excitement for this precious metal. Studies of recent derivatives indicate a slowdown and possible falls in the price of silver from January to March 2011.

This Christmas season sees a rise in the sale of Shambala bracelets together with silver earrings being the most popular item of jewellery.

despite a slight decline in the price of silver in October November once again sees the rise of its price to over $34 per ounce. Traditionally the Christmas period puts a bigger strain on supplies however once again Investors are pushing the prices further upwards.

The demonstrations in our shops on how to make jewellery continue to be successful. Our developers show how easy it is to design jewellery with the latest innovations in software including Jewel-Cad. Utilising and recycling resources is a key factor in today's economic climate with much of heavier bulky items of silver jewellery being melted down and re-formed into much lighter pieces.

The price of silver continues to rise rapidly with a new high of $34 per ounce in this month stop the continuing demand for silver By investors continues to deplete supplies.

This season sees blues reds and white being the dominant colour. The Olympics have created a upsurge in demand for anything union jack related.

The jubilee and Olympics celebrations commence, and this will be reflected in many types of jewellery with a union jack symbol.

We offer two choices of payment and both are compatible with the majority of credit cards.

We prepare for the Olympic torch and also the Jubilee celebrations. On the 4th June we will be in attendance at Buckingham Palace to join in the concert and celebrations.

This Easter our crystal ball bracelets have risen in popularity as fashion trends suggest the crystal ball is an increasingly popular fashion accessory.

Our jewellery making workshop held in the armada shopping centre last week was a tremendous success. Demonstrations of our craftsmen making silver rings was a popular event with lots of new ideas bouncing around for next seasons designs.

In our shop this month is a new ranch of lip bars some of which incorporate our multi- crystal ball.

Happy Valentines day to all the romantics out there - silver jewellery is the obvious choice of present that will endure year after year.

Happy new year to all our loyal customers. This year we have seen production of our crystal ball bracelet reach unprecedented levels with exports to China rising faster than we can make them! 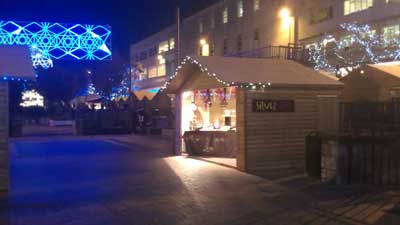 The end of autumn brings a new range of amber bangles. Amber's earthy brown colours make it a favourite throughout the autumn and winter months

This seasons biggest hit is the series of crystal ball bracelets and necklaces. Resembling a 1980's disco ball, the jewellery is composed of a sphere of shining crystals.

As the last glowing sunsets of summer fade into memory why not brighten up the onset of Autumn with some seasonal jewellery. A perfect choice is amber and we have the latest range of amber bracelets online to choose from. 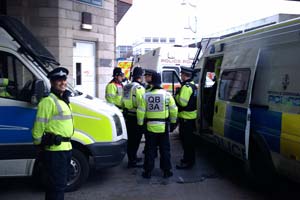 Apologies for the inconvenience however we have been busy over the last few days moving all our stocks to out of town secure depots. Most shops in the city centre have been warned by the police to remove all stock from their windows as well as moving all cash and valuable stock off premises.