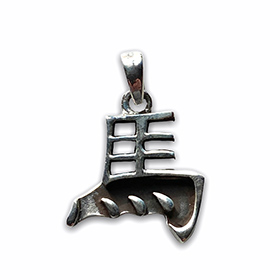 They are extremely perceptive and very wise. This wisdom however does not extend to matters of the heart, where some are niave to the affairs of the heart;

They rarely listen to advice and sometimes can be quite impatient. However they are great party animals and love large groups of people.

Those in the Horse sign are very popular and great conversationalists, although some say they talk too much. Nevertheless they are very cheerful and very prudent with money. 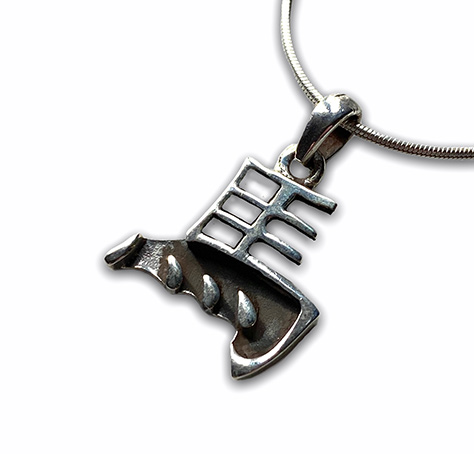 The Chinese year of the Horse, captured in this scintillating silver pendant. The symbol of the horse is pronounced "ma" in Chinese. When spoken the correct tone of the word is vital as Ma in Chinese can also mean mother, frog or touch.

This detailed pendant weighs between 3 to 4 grams and is approximately 15 mm high. It is a representation of the mandarin word for Horse.

Some Years of the Horse