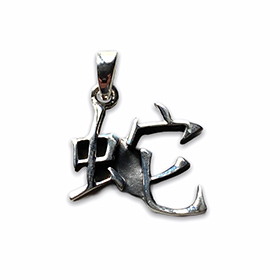 A unisex hand-crafted silver pendant, depicting the Chinese astrological sign of the snake. People born in the year of the snake are very wise. A unique item of silver jewellery.

Many famous snake personalities include the "Lord of the Rings" star - "Orlando Bloom". Also Hollywood star "Brad Pitt" is similarly a snake person. 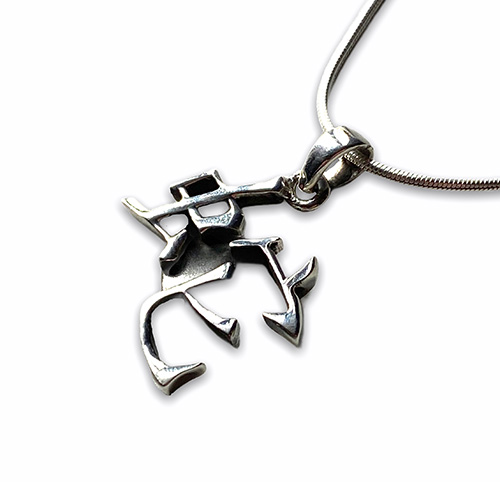 Snake people are very good with money and can often be relatively wealthy. Although they are a bit tight with their money they will try to help people whenever they can in other ways. They tend to be perfectionists and hate failing with any task or project they set. They are most compatible with the Rooster and Ox.

Years of the Snake

From the pendant bale ring to the tip of the mandarin word for snake, the pendant measures roughly 20 mm. It weighs over three grams and is hand crafted from sterling silver with a smooth edge being applied to the detailed strokes of the Chinese word.